The current rating of the TOC2XN-MI 380V Mechanical Interlocking Contactor depends on utilization category. Example IEC categories in standard 60947 are described as:

Relays and auxiliary contact blocks are rated according to IEC 60947-5-1.

The TOC2XN-MI50 50A Mechanical Interlocking Contactor is an electrically controlled switch used for switching an electrical power circuit, similar to a relay except with higher current ratings and a few other differences, the contactor is controlled by a circuit which has a much lower power level than the switched circuit.

Contactors come in many forms with varying capacities and features. Unlike a circuit breaker, a contactor is not intended to interrupt a short circuit current. Contactors range from those having a breaking current of several amperes to thousands of amperes and 24 V DC to many kilovolts. The physical size of contactors ranges from a device small enough to pick up with one hand, to large devices approximately a meter on a side.Contactors are used to control electric motors, lighting, heating, capacitor banks, thermal evaporators, and other electrical loads.

The current rating of the contactor depends on utilization category. Example IEC categories in standard 60947 are described as:

Relays and auxiliary contact blocks are rated according to IEC 60947-5-1. 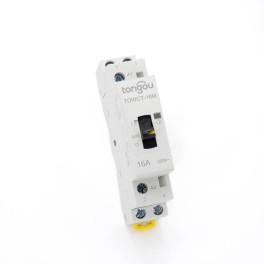 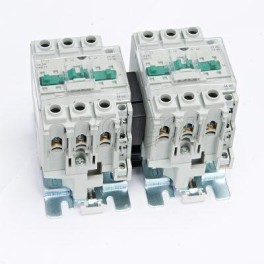 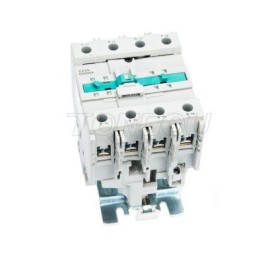 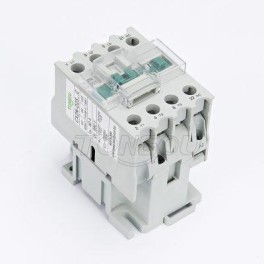 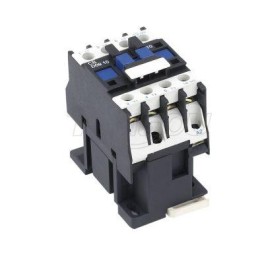